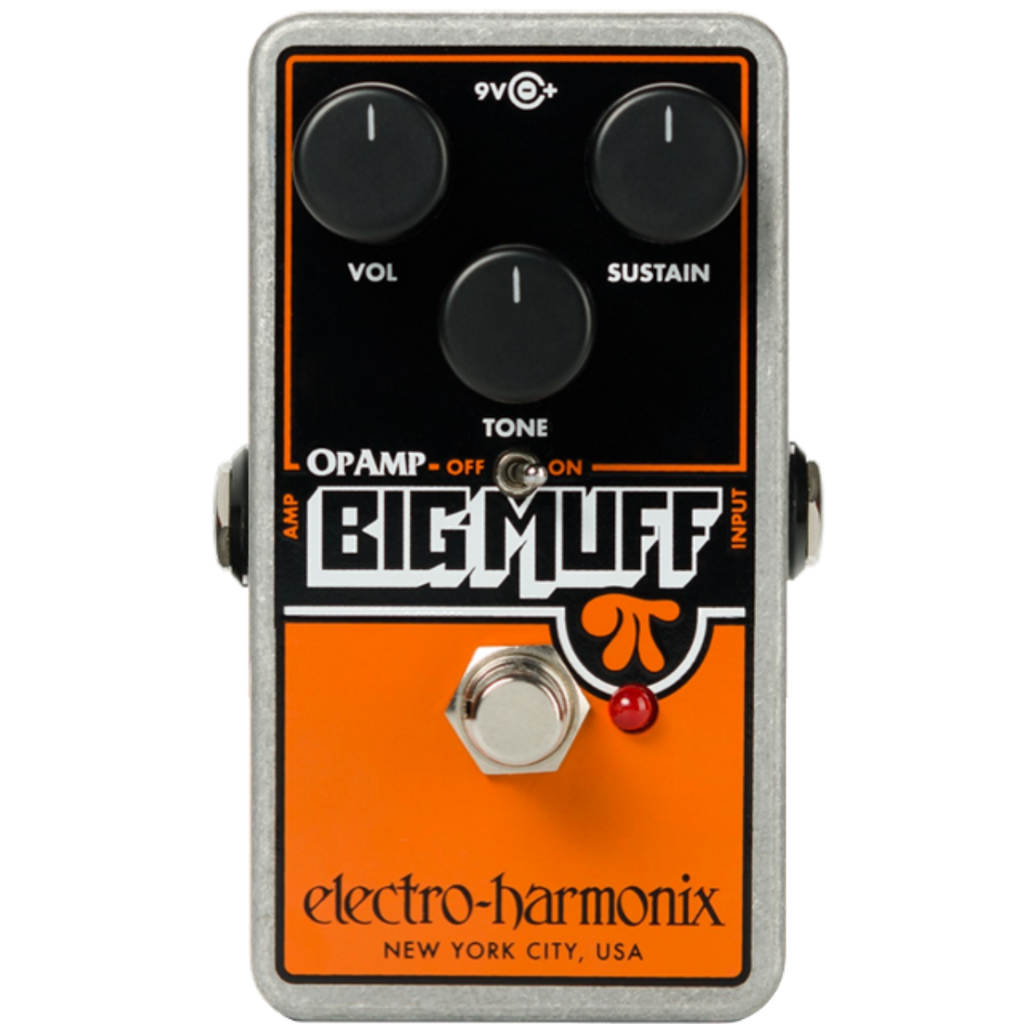 With original late-70s Op-Amp Big Muffs selling for exorbitant prices, Mike Matthews decided to take the power to the people and reissue the classic pedal at a price that players could afford! The circuitry of the new Op-Amp Big Muff —sometimes also referred to as the IC or V4 Big Muff— has been faithfully re-created while several practical enhancements have been added including a compact, die-cast chassis and true bypass switching.

“The Op-Amp Big Muff was popularized by the brilliant Billy Corgan who first used it on the Smashing Pumpkins’ epic 1993 album Siamese Dream. After he was videotaped playing and talking about the reissue, Billy stated: ‘The magic’s still in the box, I can still get what I’m looking for!’” - Mike Matthews

The pedal relies on op-amps rather than transistors and three gain stages rather than four, to create its signature sound. It’s a sound that’s been described by noted Big Muff collector and historian, Kit Rae, as: “a huge, crushing Big Muff sound with more crunch… great for grungy, wall-of-sound distortion, heavy rhythm playing and heavy leads.”