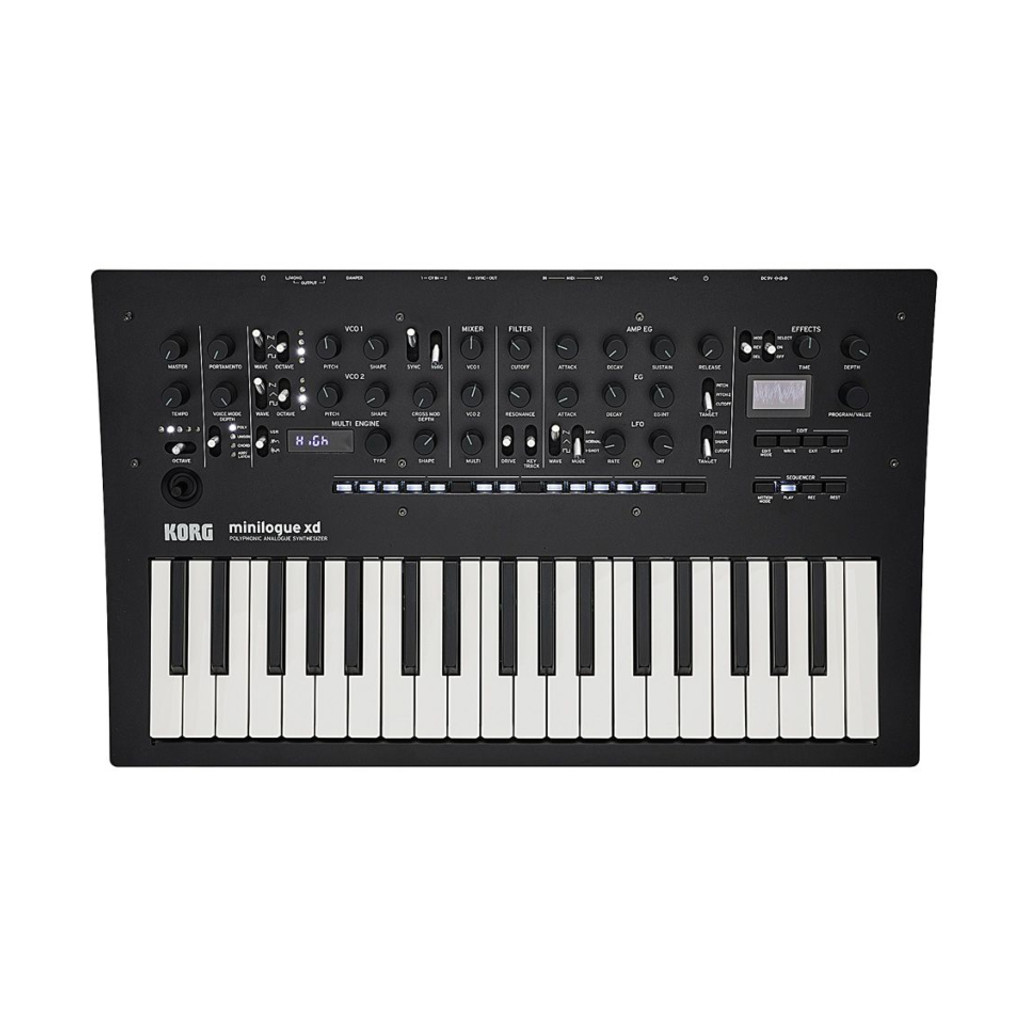 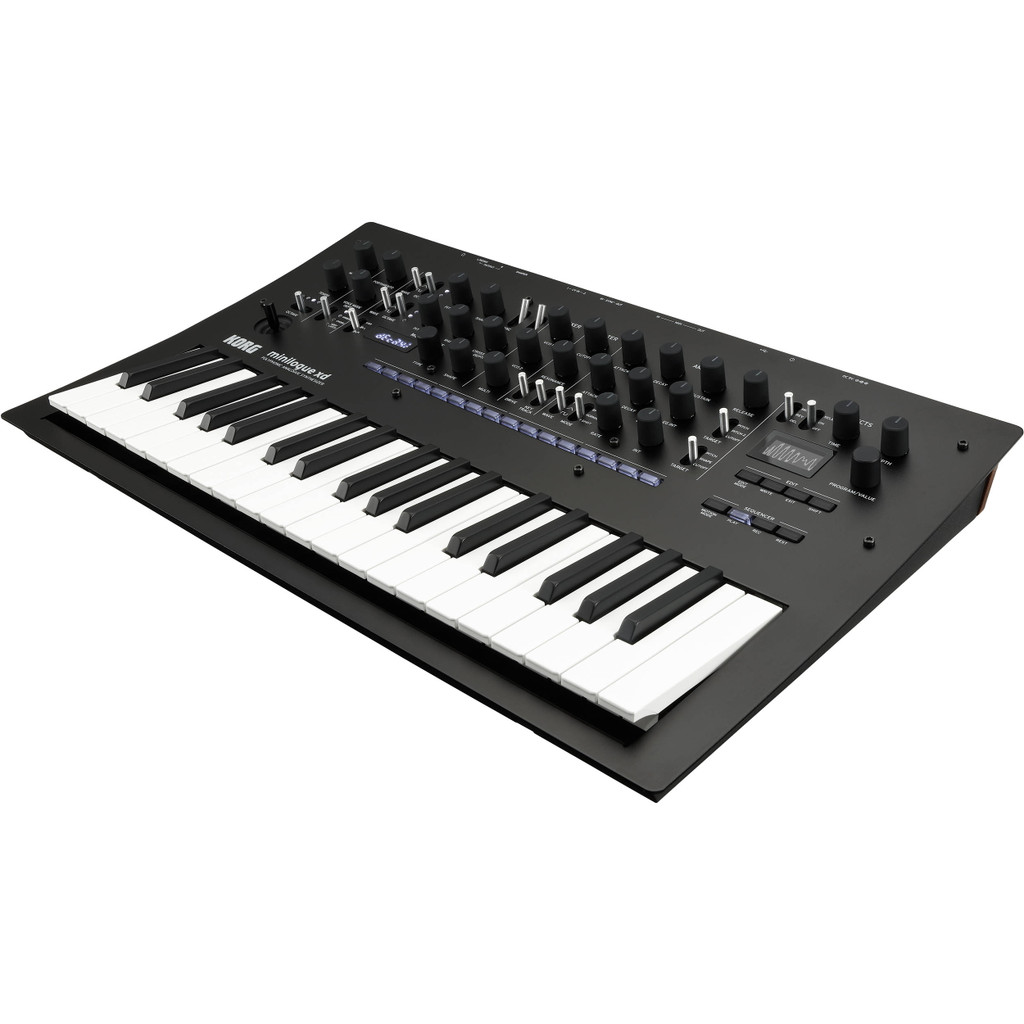 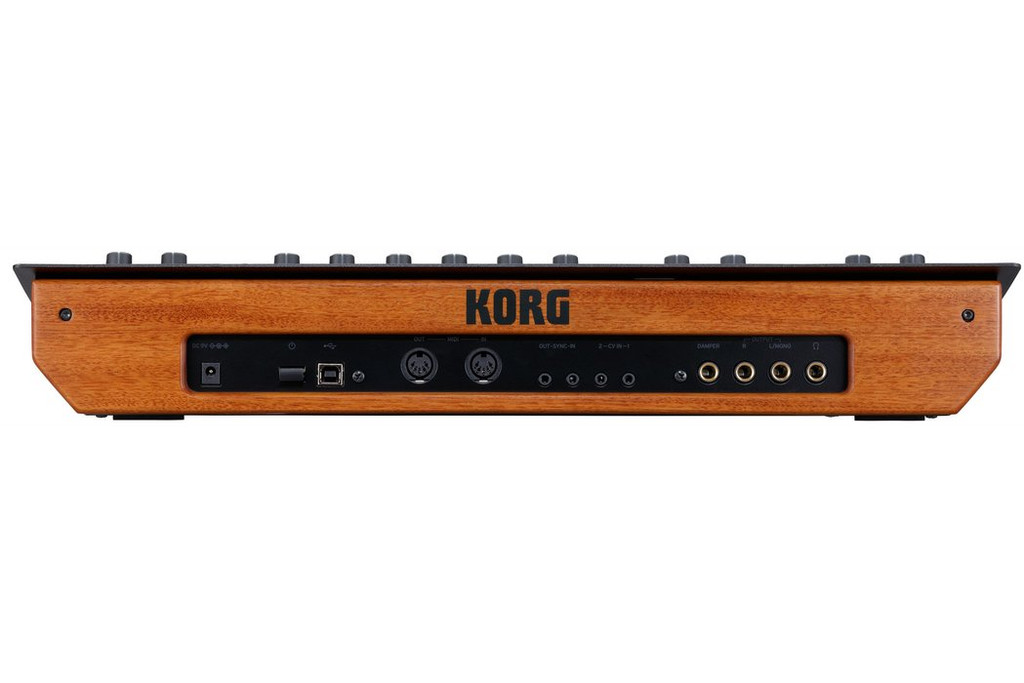 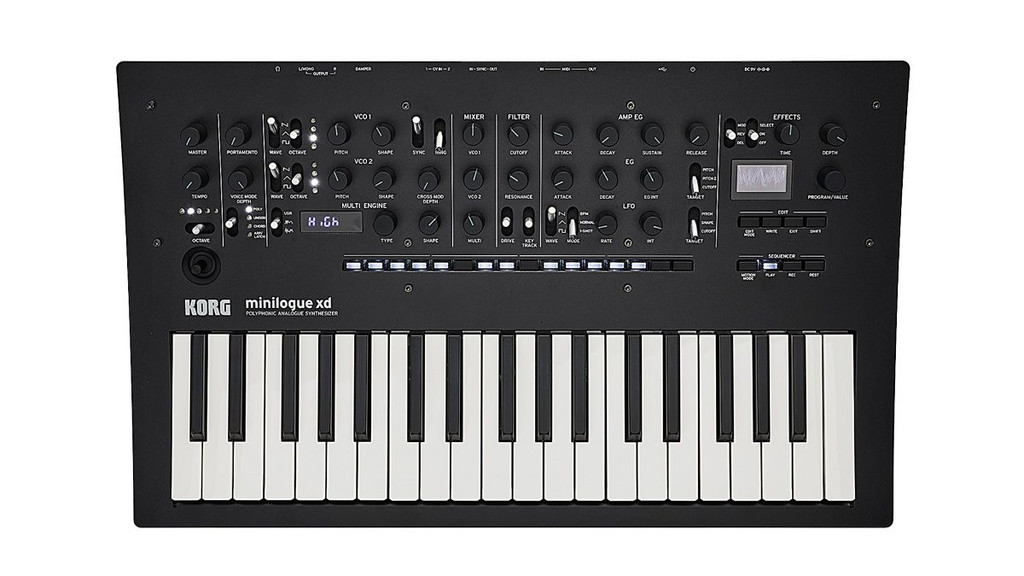 Analog synthesizer circuit that shatters expectations for its class

Voice structure of Minilogue XD is 2VCO + MULTI ENGINE, 1VCF, 2EG, 1VCA, and 1LFO. In addition to the distinctive circuits found in the series, such as wave shaping to shape the overtones of the oscillator and a sync/ring switch, there's also cross modulation, a sharp two-pole filter, and a drive switch that adds thickness and drives signal into Minilogue XD's filter. Every parameter has been tuned in detail based on what musicians want out of their synth. The sounds range from the warm pads typical of analog to fat basses and crisp lead sounds, covering every situation.

Of course, programs that you create can also be saved in the unit. Out of the box, Minilogue XD comes loaded with 200 presets, and a total of 500 programs can be saved.

Equipped with a digital multi-engine

The additional sound design possibilities of digital sound are delivered by the multi-engine that's provided as a third oscillator in addition to the two analog VCOs. This engine, which is equipped with three different types of sound generator (noise, VPM, and user slot) lets you take advantage of a sonic character that's different than analog, and use it at the same time as the analog engine, infinitely expanding the potential of hybrid sound design.

Noise generator
The noise generator provides four types of noise that are indispensable for percussive sounds or for sound effects. You can use the digital filter to directly change the color of the noise.

VPM oscillator
Minilogue XD's multi-engine features a VPM (Variable Phase Modulation)/FM oscillator with a two-operator structure. It can produce sharp, metallic sounds with complex overtones beyond the possibilities offered by analog systems. With 16 types of oscillator and a SHAPE knob control, you'll be able to create complex sounds intuitively.

High-quality digital effects
Minilogue XD's high-quality digital effects use 32-bit floating point DSP processing, adding a finishing touch to its deep sound design platform. The three types (modulation effects, reverb, and delay) can be used simultaneously, letting you choose from a wide range of variations including chorus, ensemble, warm tape delay, and a diverse variety of reverb. The user effect slots allow you to load your own effect programs that you've created.

The Minilogue XD features a customizable open environment. The unit comes with 16 user oscillator slots and 16 user effect slots that you can customize. Oscillators and user programs that you've created with the SDK (Software Development Kit) can be loaded into the Minilogue XD via the dedicated librarian software.

What sounds might arise from the fusion of the expanded digital oscillators with analog synthesis? Create original programs, share code, and participate in the user community. You can start with sample code provided by Korg.

The step sequencer provides 16 steps, and supports both realtime recording and step recording. You can use the 16 step buttons to select a step directly, allowing quick editing to replace the pitch of a step or to mute it, or even improvisatory performances. Motion sequence lets you record the movements of up to four knobs, adding time-varying change to the sound, and you can record not only smooth changes in value but also values that change precisely at each step. You can use this to design the sound differently at each step; for example, you might create a drum pattern or sound effect from just a single program. This allows countless ideas to be unleashed.

Joystick
Controls pitch bend and modulation depth, etc. A desired parameter can also be assigned to the up/down axis.

Voice mode
The four voice modes were selected for the Minilogue XD.

- POLY: The Minilogue XD operates as a four-voice polyphonic synth.
- UNISON: The unit operates as a monophonic synth, with the four voices working in unison.
- CHORD: Chords are produced using one to four voices.
- ARP / LATCH: (ARP) Provides an arpeggiator with up to four voices that can also be used while the sequencer is running / (LATCH) Switches latch on or off.

A voice mode depth knob is also provided, which applies a corresponding effect for each mode.

The Minilogue XD is equipped with the micro tuning function featured on the monologue, allowing you to individually adjust the pitch of each key. Built in are 23 preset tunings that include some created by Aphex Twin and Dorian Concept, and users can also create and store six user scales and six user octaves. Start by trying out the preset tunings of famous musicians, and then advance to creating your own original tunings.

The organic EL display is now larger, and also provides oscilloscope functionality for you to view sound as the electrical signal's waveform. This makes parameter changes visible in real time, giving you visual feedback that helps you understand how the synthesizer works. The display can also show motion view for visualizing the movement of a stored motion sequence.

A stereo effect unit is provided at the final stage, and the output jacks are now also stereo. Spatial-type effects such as delay, reverb, and chorus will add an even more convincing touch to your thick analog synth sounds and sparkling digital synth sounds.

Damper pedal jack
A damper jack has been added in response to requests from artists and users.

Two CV IN jacks
Two CV IN jacks are provided, with voltage levels of -5V-+5V. In addition to CV/Gate, these can also input modulation signals, allowing you to use external devices to control parameters in the same way as moving the joystick up or down.