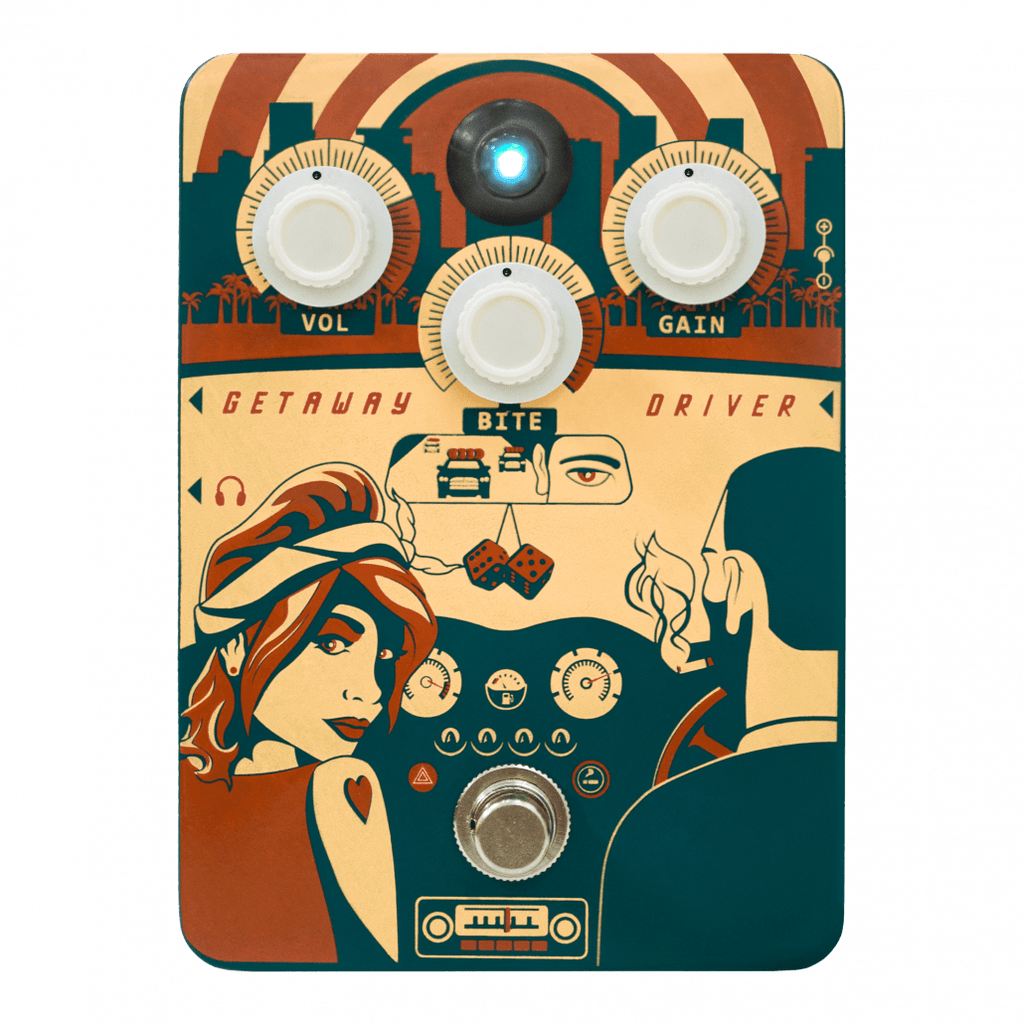 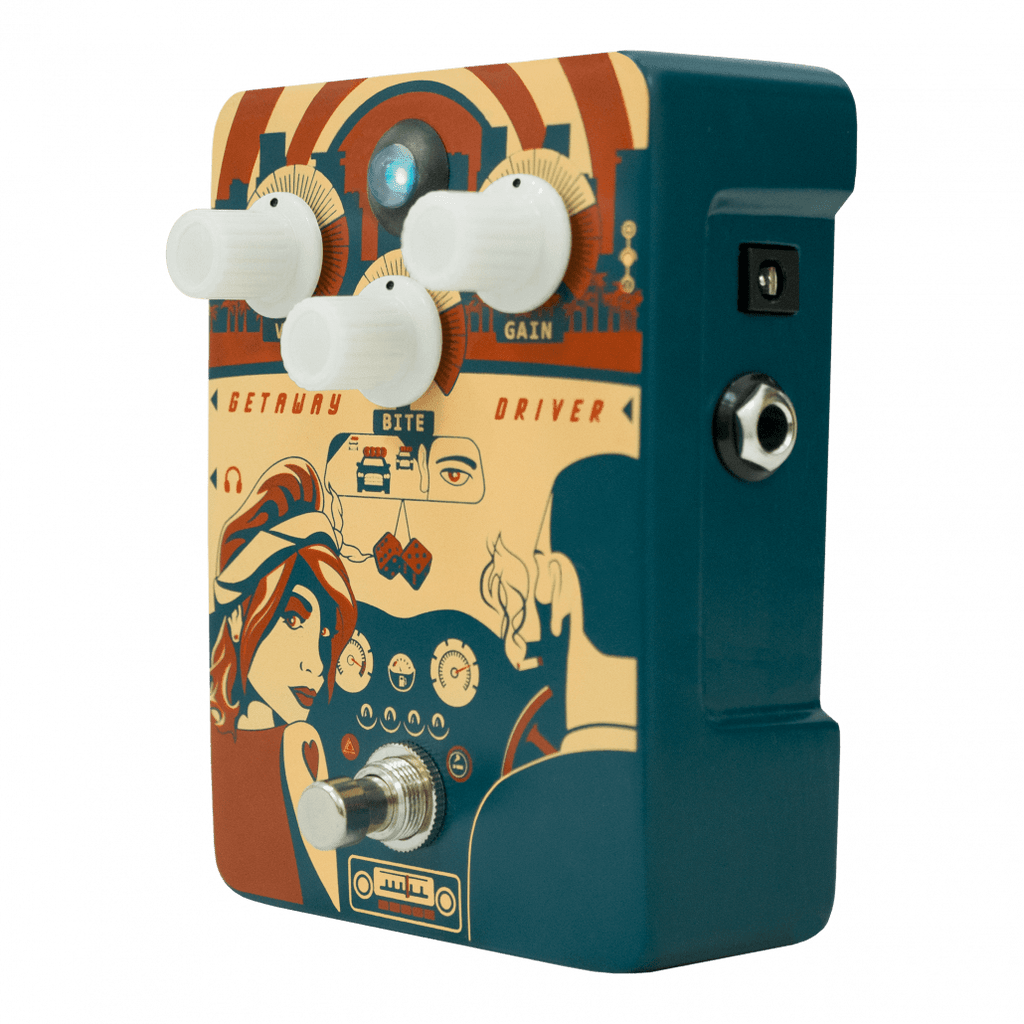 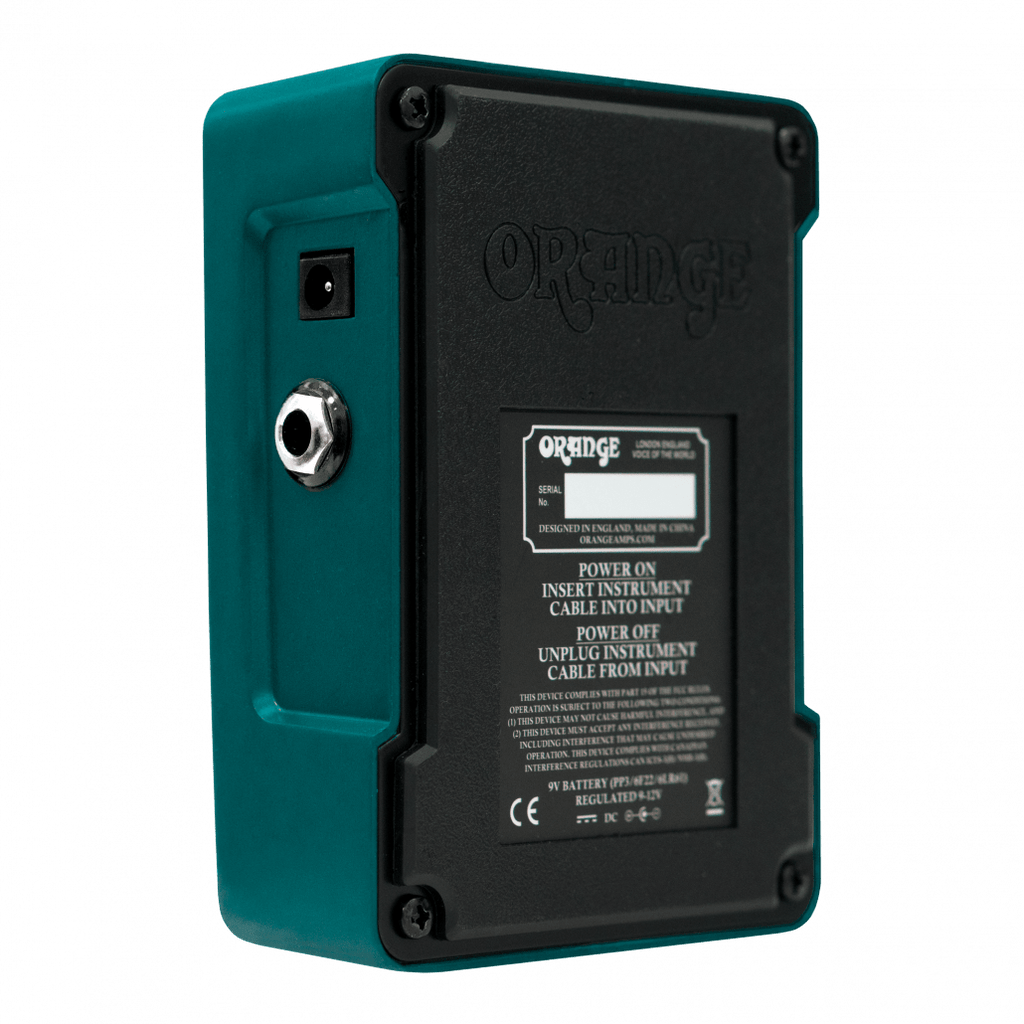 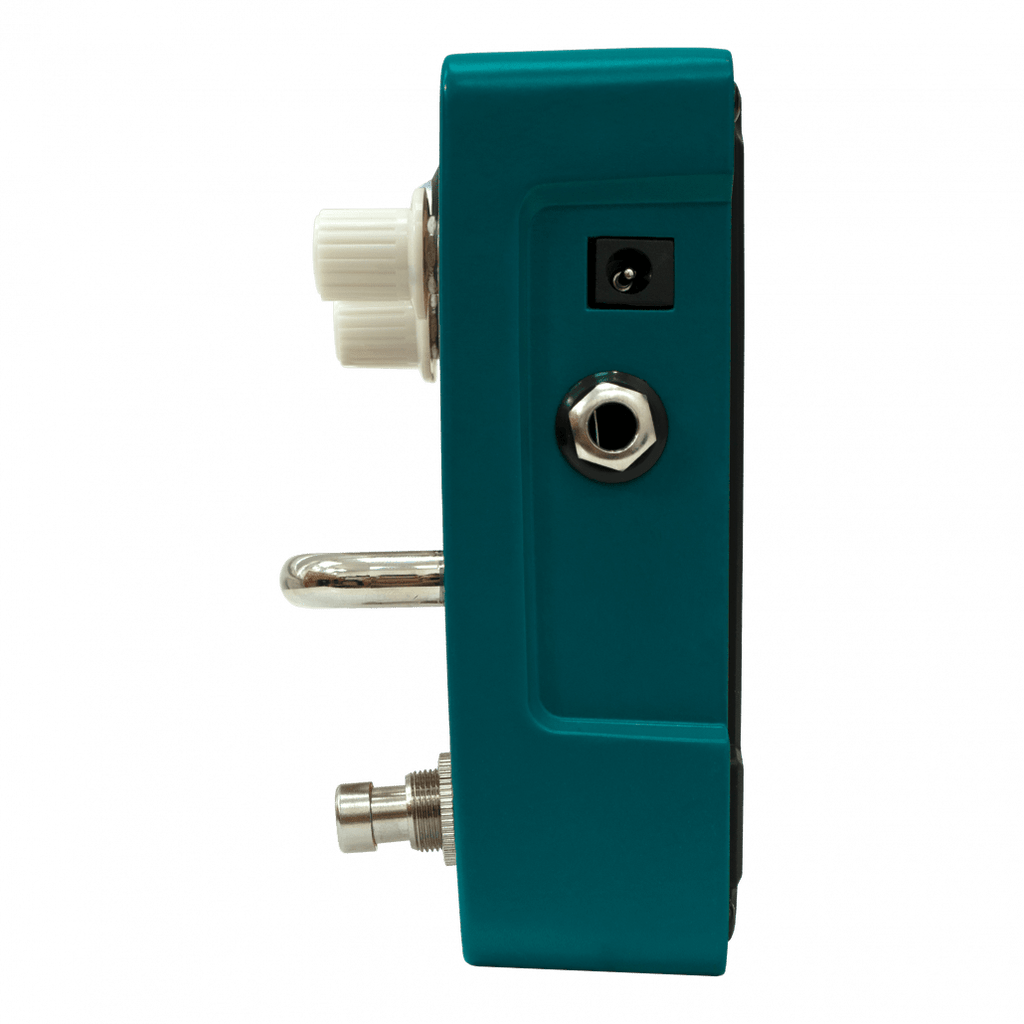 The Getaway Driver is an amp-in-a-box type pedal with just three dials – Volume, Bite (tone) and Gain. While the pedal adds its vintage vibe on all amplifiers, it really excels when used with the amplifier’s clean channel, even ones with a bright cap. It also makes a great clean boost, with low Gain and high Volume pushing amps over the edge into classic overdrive.

The gain structure is produced using single-ended JFET circuitry running in Class A, just like a valve amp. The input buffer, output buffer and Cab Sim are handled using op-amps, using a charge pump to give 18v of headroom.

The pedal features the same transparent, buffered output used on the Orange Two Stroke and Kongpressor pedals. While the second output is a buffered Cab Sim/headphone amp which can also work into a PA (via a DI box) or directly into a recording interface. The first output is transparent when bypassed, however, when using the second output, the Cab Sim remains engaged. This means that the Getaway Driver can be used as just a Cab Sim on its own if needed.

The voicing and gain structure of this pedal is based on a cranked modded ’70s valve amp. Running at 9 Volts, the pedal will have the character of EL84 valves, whereas 12 Volts will give an EL34 flavour. Use a regulated 9-12V DC centre-negative power supply.

Connect the pedal direct into an audio interface, the PA (via a DI) or just to your headphones. It is modelled on a G12H30 which is a 30 Watt Celestion speaker used in our 1970s Orange cabs. If you’re using this output, it’s actually still active when you’re bypassing the pedal allowing you to use other pedals (such as fuzz and distortion), amplifier preamps (via their FX send) with the Cab Sim only.

There’s a button inside the getaway driver that when pushed in, tames the top end to make it better for clean channels with treble bleed caps on the volume which is helpful for amplifiers such as the Orange Rockerverb. It compensates so it doesn’t overcook the top end.