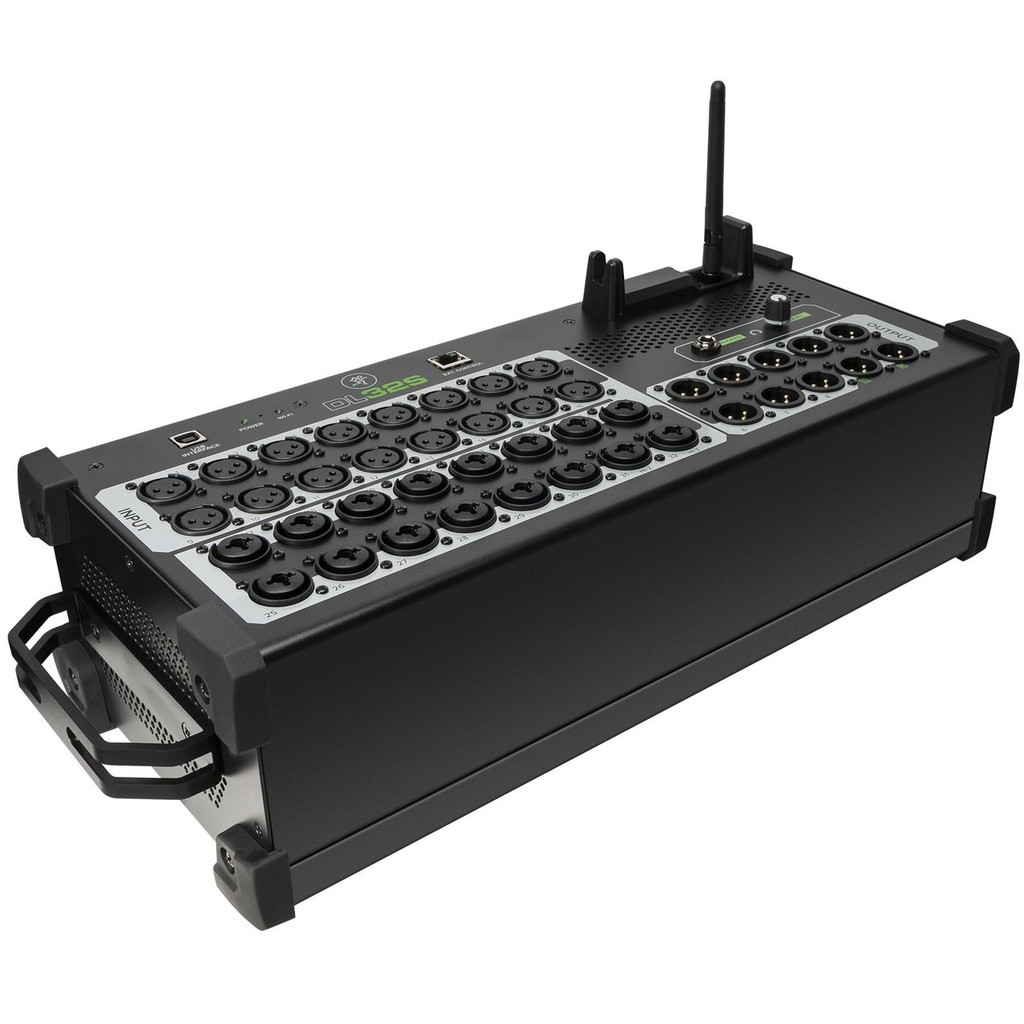 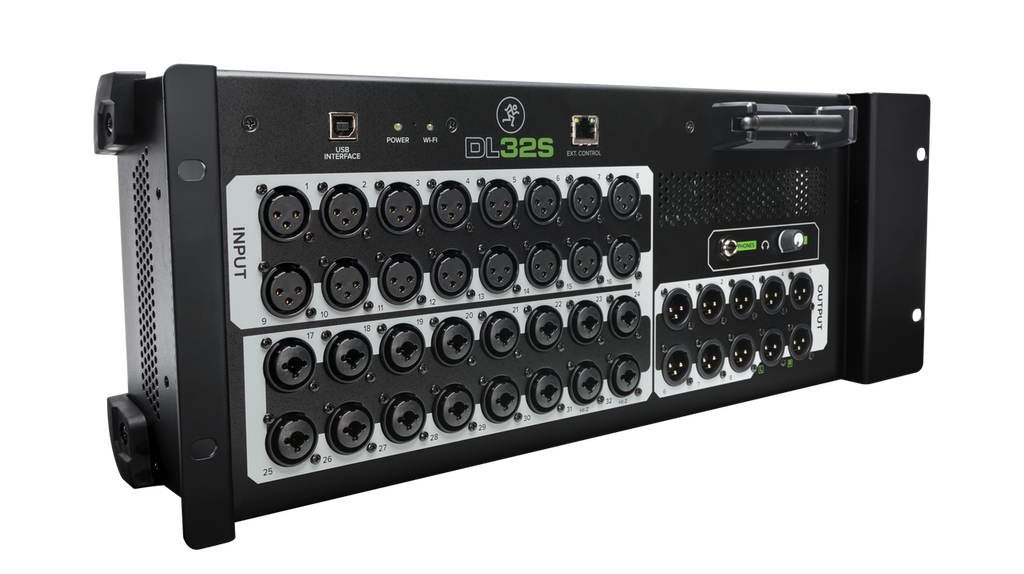 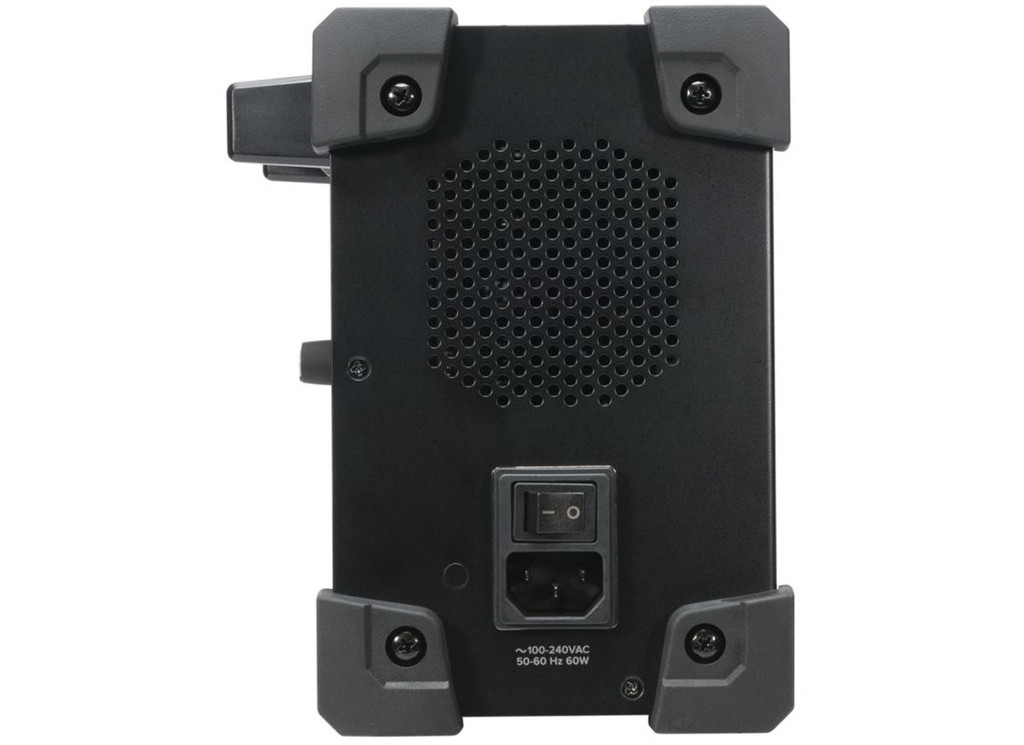 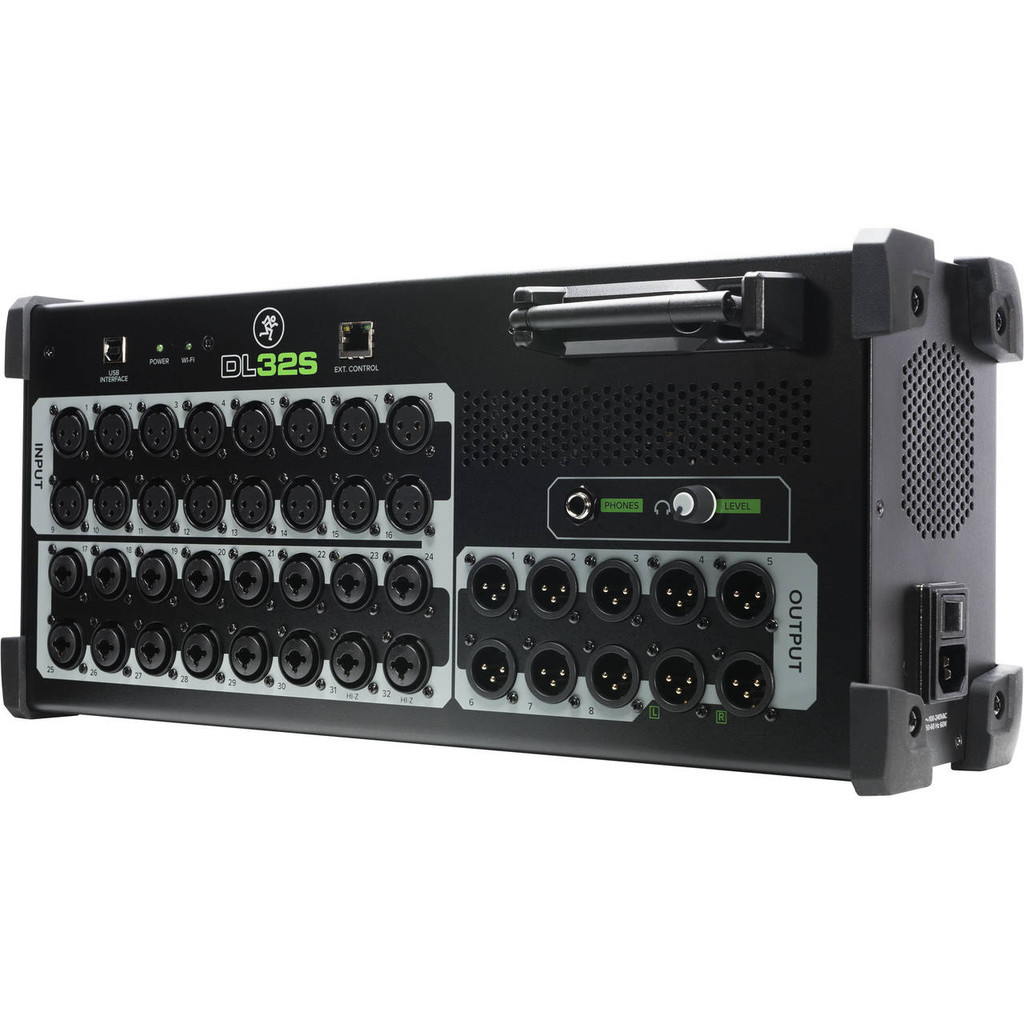 The DL32S offers sophisticated signal processing with a 4-band PEQ, HPF, gate, compressor, and an RTA/spectrograph for each of the 32 input channels. Each of the 15 output buses offers a 4-band PEQ, HPF/LPF, a 31-band GEQ, compressor/limiter, alignment delay, and RTA/spectrograph. Additionally, there are six VCAs, six mute groups, and four stereo FX processors with professional-quality reverb, delay, chorus, flange, and more.

The steel construction and large rubber corners ensure the DL32S can handle the rigors of on-the-road wear and tear. The integrated handle provides an easy carry option for quick deployment, while the built-in Wi-Fi antenna allows you to connect to the DL32's network for seamless wireless control. For greater range, an Ethernet connector allows you to connect directly to a wireless router or network switch.

The Mackie DL32S utilizes the Master Fader control app, which operates on an iOS or Android device, as well as Mac and Windows computers (with the soon-to-be released Master Fader 5.1). Navigate quickly with the overview, view groups, and quickly set up channels with factory and user presets, plus recall settings for each of the Onyx+ mic preamps. Up to 20 devices can be connected, allowing musicians to create their own headphone mix, while "Access Limiting" settings will prevent unwanted adjustments for the FOH engineer.

The integrated 32x32 USB 2.0 audio interface allows you to record the show for a later mixdown or perform a virtual sound check, plus you can play intermission music, backing tracks, and more directly into a dedicated stereo return channel. With a low-cost and a high-channel count, the Mackie DL32S makes for a budget-friendly studio recording environment.