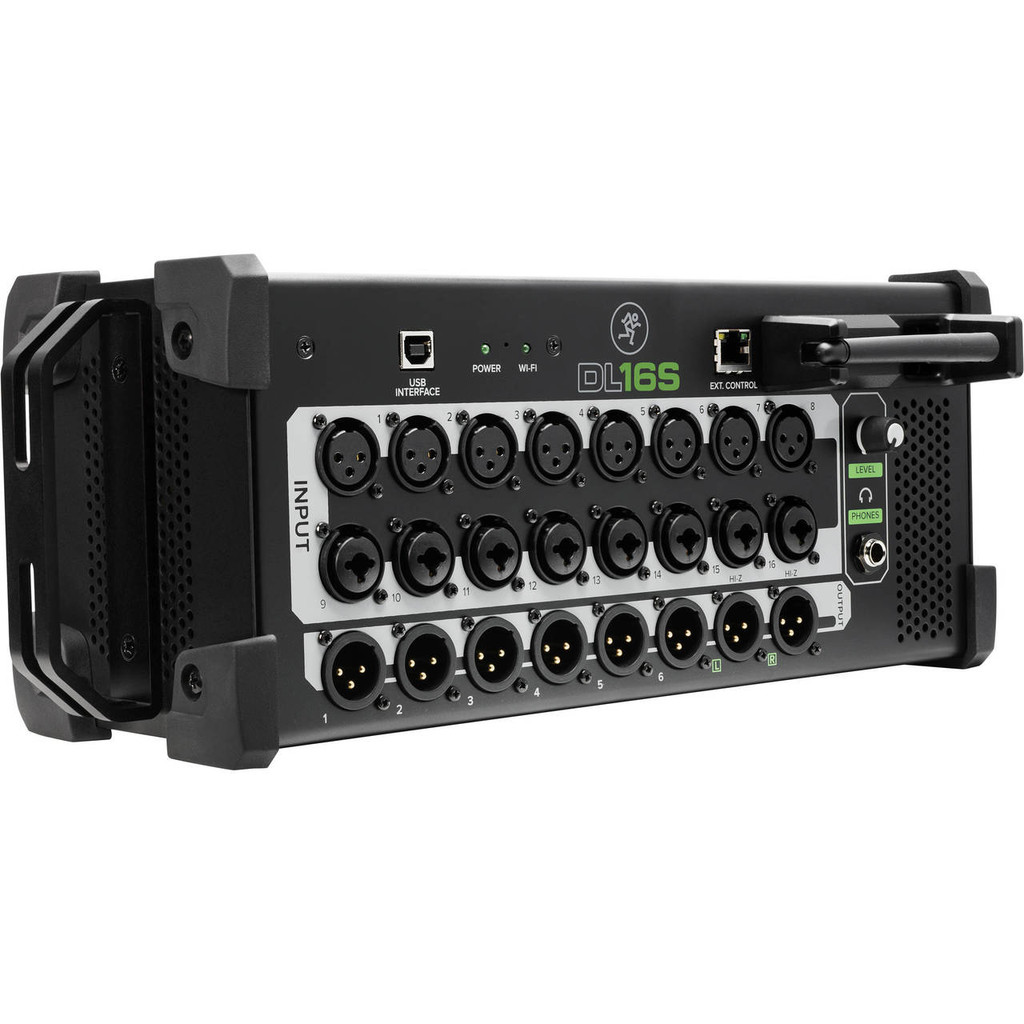 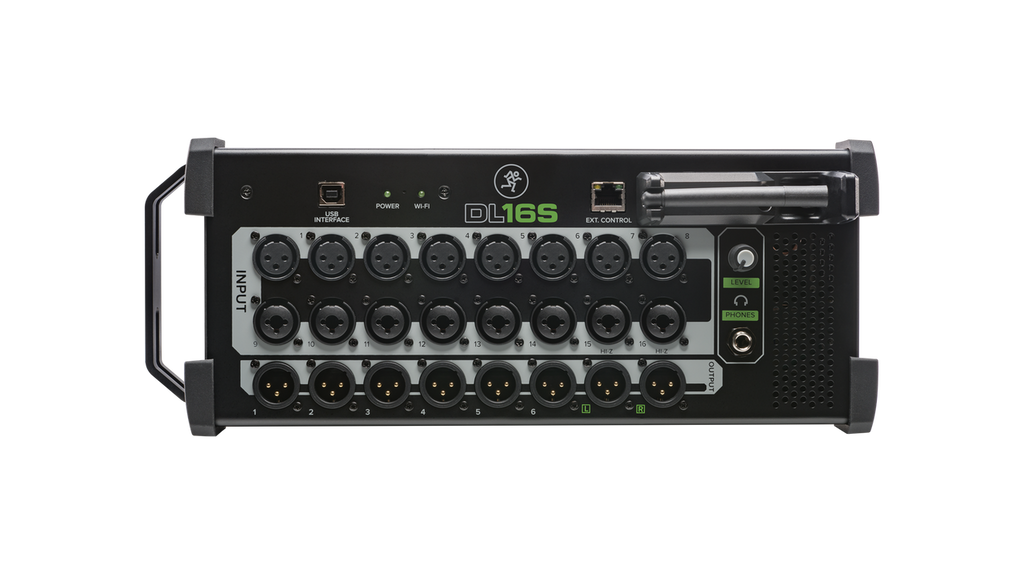 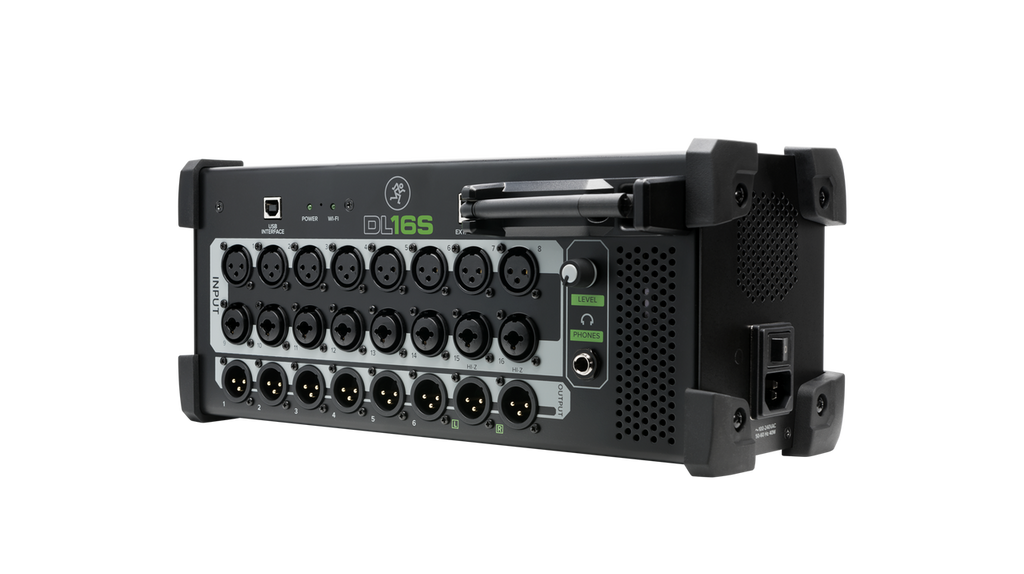 Take command of your live mix with the Mackie DL16S. The Mackie DL16S delivers 16-channels of proven DL Series digital mixing in an all-new Built-Like-A-Tank™, stage-friendly design. Get mixing right out of the box with built-in Wi-Fi networking and full multiplatform support on the industry-leading Master Fader control app.

Fully loaded with DSP on each of the 16 Onyx+ mic preamps and 13 busses plus 4 FX processors, the DL16S delivers the mixing power you need to sound great every night. Create stunning multitrack recordings via 16x16 USB I/O and even play them back into each channel for an effortless virtual sound check. The Master Fader app delivers extremely intuitive control over everything on up to 20 devices simultaneously, including the ability to digitally recall each and every setting for incredibly fast setup.