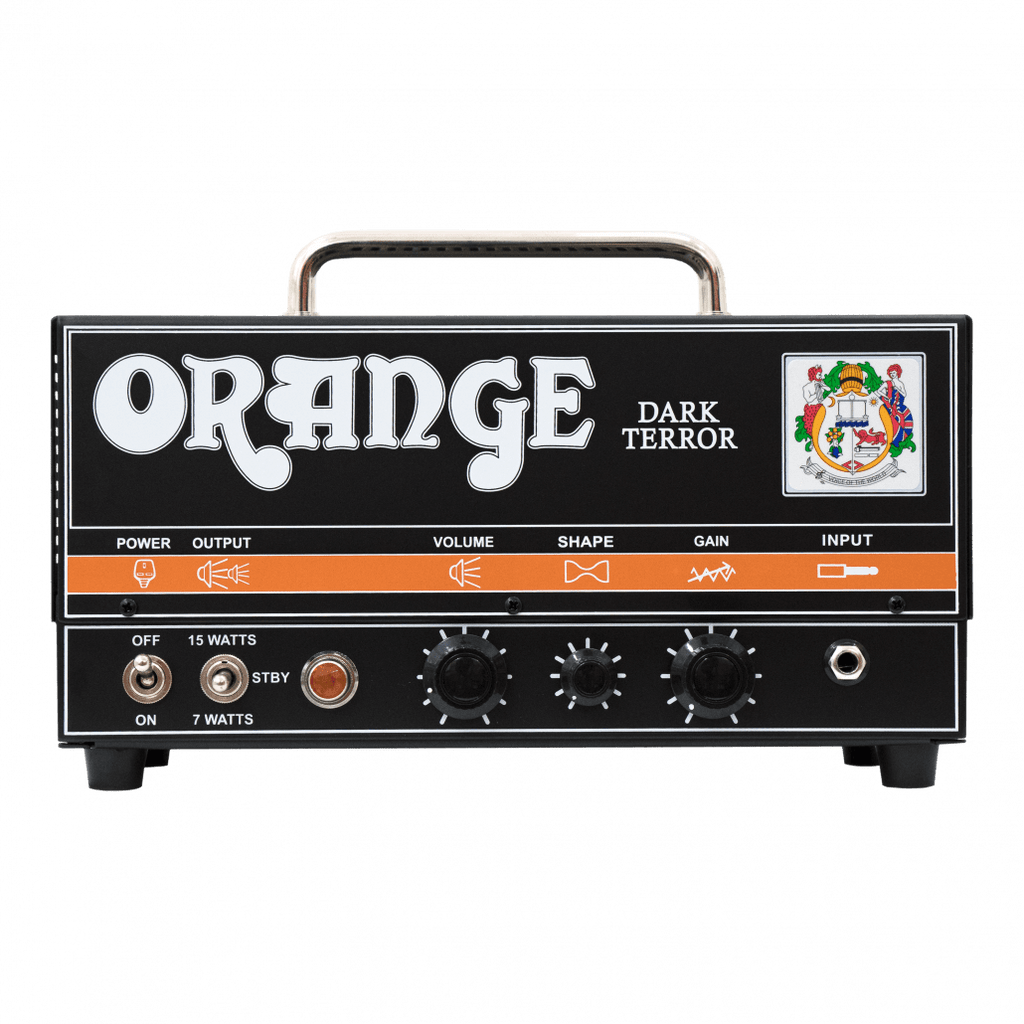 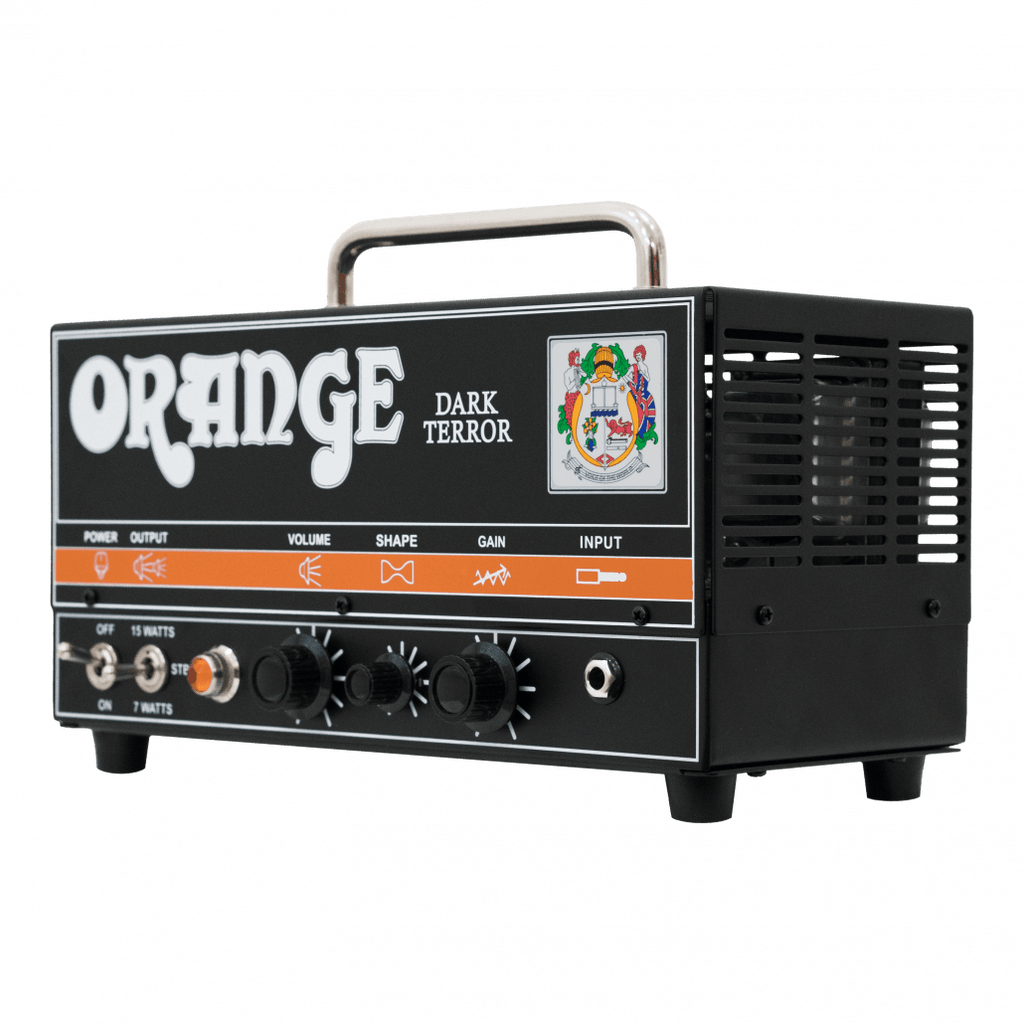 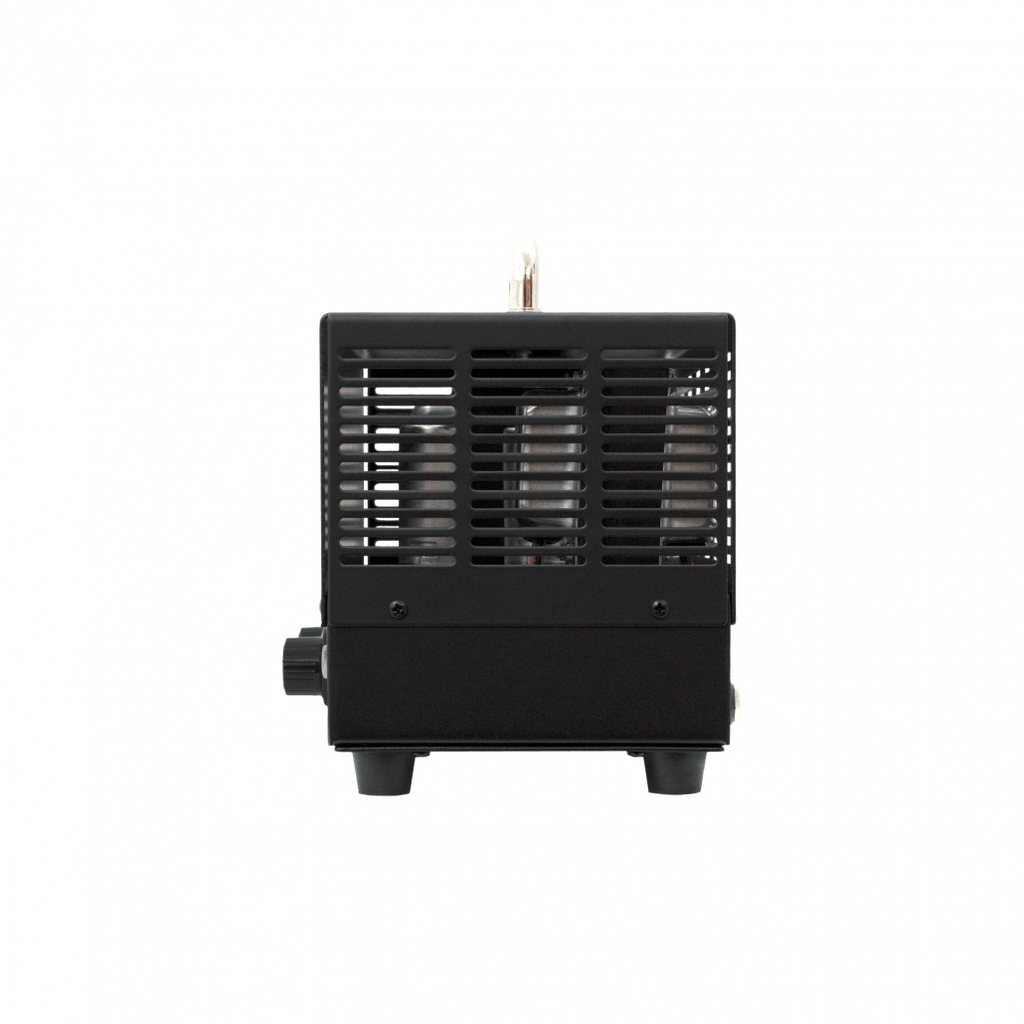 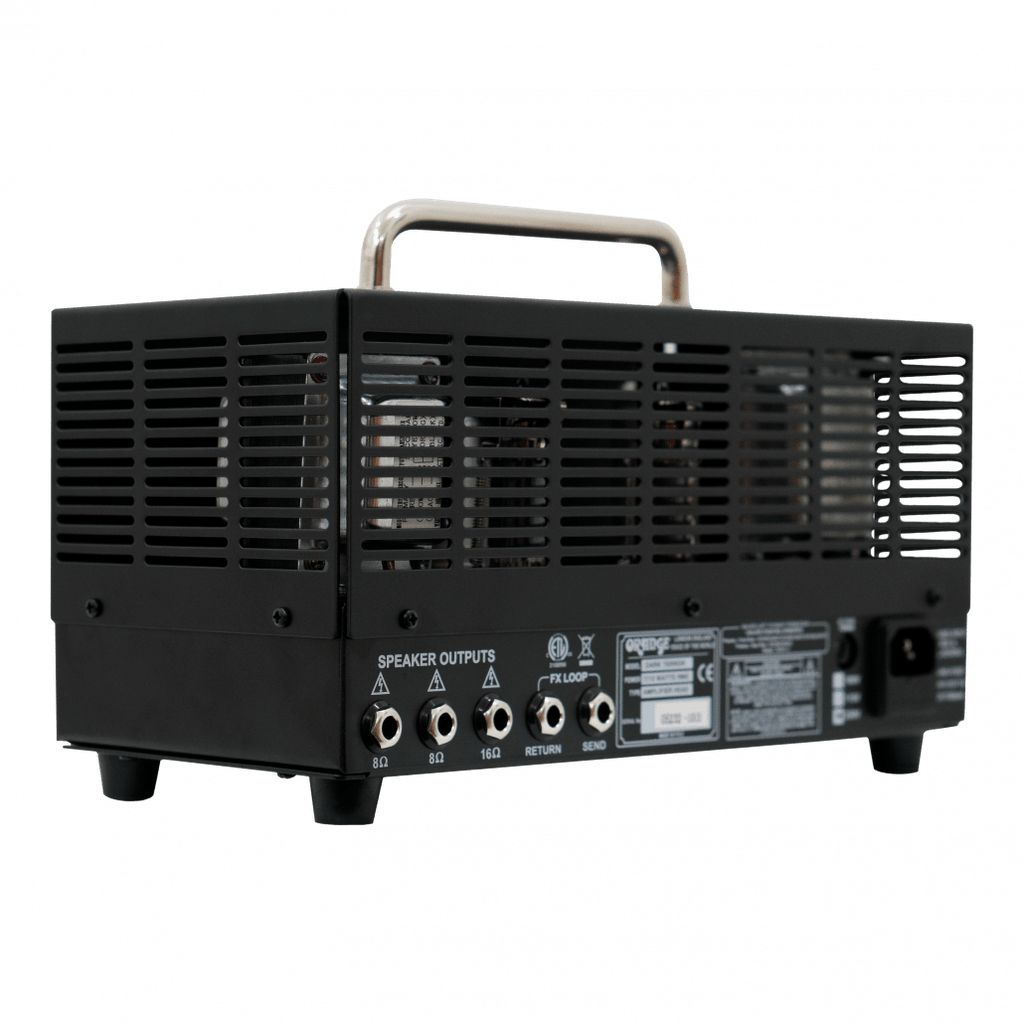 The first high gain amp in the Terror series, the Dark Terror is a true master of saturated distortion, making it an ideal match for Hard Rock players looking for signature Orange ‘chug’ in a portable package. Featuring the same 15/7 Watt output section as the Tiny Terror, plus the addition of our  low impedance, valve buffered effects loop, the key to the amp its high gain preamp section and our exclusive Shape control.

The Shape, which first appeared on our now discontinued Thunderverb Series, takes your sound from scooped, chunky modern rhythm tones in the fully clockwise position, to a more classic voicing (anticlockwise) with boosted mids and smooth highs, and everywhere in-between. This makes the amp much more versatile than its single channel, three knob layout (and black chassis!) might suggest. The preamp features four stages of gain, becoming increasingly aggressive as you turn the Gain control, reaching truly insane levels of drive. Ignore the clean and crunch tones at your peril, though. There are some tasty Blues tones to be had here!

Menacingly small, easily recognizable, this aggressive Orange DA15H Dark Terror 15 15W Tube Guitar Amp Head comes with a mind-blowing sound which combines the Shape control of the Thunder series with the weight and size of the monster Terror family. This Frankenstein-like amp has creepy amounts of gain on tap with disturbingly pleasurable responsiveness. It is uncompromisingly brutal, doubtless unhinged, even ferocious. The Dark Terror rises from the ethereal depths to fulfill the every desire of the Heavy Metal and Rock guitar players. With its characteristic fearless Orange Amp looks, heavy duty construction and portability, guitar players everywhere will quickly become attuned to this scary dark force of nature.

The Dark Terror is highest gain Terror amp ever. Hear its distinctive Orange Amp sound and you will feel this mysteriously attractive force pulling you into the shadow of the Dark Terror. It's everything you want from a Black Orange Amp. Prepare to ride the Dark Terror storm.